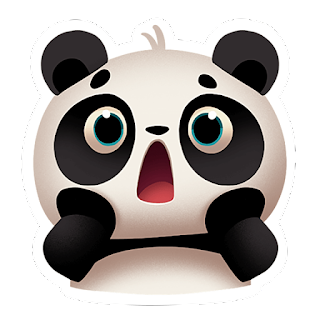 My daughter slid her bowl of ice cream down the toppings bar. After a spoonful of M&Ms, followed by Skittles, gummy bears, and multi-colored jimmies, she carried her concoction to a table. Three bites into the sugary mixture, she stopped. “No more,” she said and pushed the melting glob toward me.


Too much of a good thing also applies to adjectives. We writers may think we’re enhancing a reader’s sensory experience by adding multiple adjectives, but we may be ruining it.

In Stein on Writing, Sol Stein makes this observation: “Experience proves that when two adjectives are used, eliminating either strengthens the text.”[1] As a reader who loves description, I wanted the acclaimed author and editor to be wrong. But when I applied his advice to the manuscripts I write and edit, I discovered he was correct.

Let’s look at a couple of examples:

Emily wore a bright, floral scarf. Which adjective is easier to visualize? I’d choose floral. If it’s important to know more about the scarf—something that would reveal character or advance plot—add more details in other sentences. Otherwise, keep it simple.

In a letter to D. W. Bowdon, Mark Twain wrote, “When you catch an adjective, kill it. No, I don't mean utterly, but kill most of them—then the rest will be valuable. They weaken when they are close together. They give strength when they are wide apart.”[2]

Here’s an illustration of what Twain means:

What do the adjectives add to the meaning of the sentence? How many details does the reader need about the car? Unless the additional description is vital to the plot, use fewer words: A rusty sedan blocked the entrance.

Sometimes you don’t need an adjective at all. Actions and dialog communicate the same information in a more effective way:

Replace the adjective with action: Sarah wiped the sweat off her forehead with the back of her hand.

Replace with dialog: “You could roast a chicken on the sidewalk today.”

Replace with action: Carl opened a jar of peanut butter, then used his finger as a spoon.

Replace with dialog: “Where can a guy get some grub around here?”

This week, go on an adjective safari. Follow Twain’s advice and “kill most of them.”

Eliminate adjectives that slow the pace, muddy the meaning, or reduce the impact of your sentences. Your manuscript will be stronger without them. 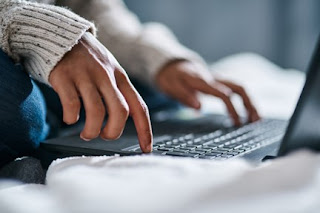 That day in the ice cream shop, I shoved the candies aside and spooned some of the raspberry ice cream into my mouth. After a few mouthfuls, I said, “Let’s go.” On the way out, I tossed the bowl into the trashcan. As we walked to the car, I placed my arm around my daughter’s shoulders and pulled her close. “Let’s agree that one topping is enough next time,” I said. She nodded.


If we apply the one-is-enough motto to adjectives, our readers will thank us. And maybe our books and articles won’t end up in the trashcan. 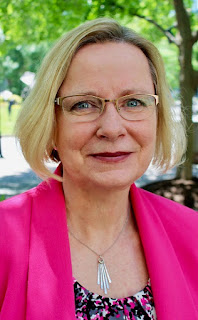 Denise Loock is an editor, author, and inspirational speaker. She is a general editor for LPCbooks, a division of Iron Stream Media. She also accepts freelance editing projects from writers who want to submit clean, concise, and compelling manuscripts to publishers (lightningeditingservices.com).

Denise is the author of two devotional books, Open Your Hymnal and Open Your Hymnal Again, which highlight the scriptural truths of classic hymns and gospel songs. She is the founder of Dig Deeper Devotions, a website that encourages Christians of all ages to dig deeper into the Word of God. Three collections of devotions from the website are available on Amazon: Restore the Joy: Daily Devotions for December, Restore the Conversation: Fifty Devotions on Prayer, and Restore the Hope: Devotions for Lent and Easter.