When I was a kid, nearly every animated movie I watched had a Villain Song. You know the Villain Song—when the movie’s antagonist takes a well-deserved break from Doing Evil to sing about how fun Doing Evil can be. Dozens of minions appear and perform a choreographed number that must have taken them weeks to learn.

It was often the most enjoyable part of the whole movie. It reassured us kids that this villain wasn’t a real person—just an animated caricature that we didn’t have to take too seriously.

Dear writing friend, the last thing you want in your novel is a cartoonish villain that your readers don’t take seriously.

Whether you’re writing contemporary fiction, fantasy, historical romance—really, any genre besides farce—you want a convincing antagonist that raises the tension of the story, not one so unrealistic that he undermines it.

Here’s how to identify cartoonish traits in our fictional antagonists, and how to make them more believable instead.

Let’s face it, if your antagonist is throwing everything he has at your hero, it’s got to be exhausting. Is he really going to put his life on hold just so he can say “mwa-ha-ha” really loudly, or to boast that he’s the very baddest guy?

Or worse, does he not have any motivation at all, because he’s essentially a plot device with a nose?

Convincing antagonists have a logical motivation that explains why they’re expending so much energy.

Is she trying to stop your main character because she’s greedy for money or power? Does he fear that your character may shed light on something illegal he’s done? Or maybe she really, truly believes in the idea your protagonist is fighting against.

Your villain’s motivation could be something as petty as jealousy or a desire for revenge, but if she’s fighting your hero hard, that needs to be based in something deep or painful. She’s not going to spend weeks settling a score that doesn’t mean much to her.

And make sure the motivation fits the crimes. No one is going to risk jail time, for example, just to pay back an insult.

Decide at the outset what your antagonist is after, and how much he’s realistically willing to invest to get it.

Cartoonish villains don’t have a life outside of villainy.

Cartoon antagonists are often Career Villains. (After all, choreographing those minion dance numbers is a full-time job.) They don’t appear to have normal responsibilities. When do they call their grandmas or pick up their groceries? Does anyone actually feed that tank of piranhas?

A convincing antagonist will have a multi-faceted life that goes beyond opposing your hero.

She’ll most likely have family, a career, and hobbies. He probably has a favorite after-work hangout, and goes home to an actual house—not a lair. 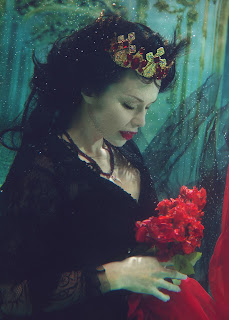 Think about your antagonist as a real and complex person instead of as a stock character. Decide whether he’s cruel in his everyday life, or only when blocking your protagonist from her goals. Maybe he’s decent to people who don’t get in his way, and if it weren’t for this particular conflict, he might tip his hat to your protagonist on the street.

Being evil for its own sake is an extremely rare trait. Unless your antagonist has a particular kind of mental illness, he’s not going to exult in the idea of being a horrible person. Most people want to see themselves in a good light, even if they have to bend the definition of “good” to make themselves fit.

A convincing antagonist isn’t pure evil—he has virtues as well as vices.

Theologically, we know that even the worst humans are still made in God’s image. So your villains will have some good traits mixed in with their bad ones.

These could be surface-level virtues, like intelligence, sound business sense, or pure likeability. Or perhaps the virtues and vices mix in a complex way. Maybe he’s doing all these ruthless things to protect his daughter. Maybe he loves animals dearly but is bitter against people. Maybe she’s so dedicated to a noble cause she’s willing to bomb civilians to promote it.

Of course, your antagonist’s good traits don’t excuse the wrong he does. But real people are complicated. Sometimes they start out decent and then underestimate how far their anger, greed, or thirst for revenge will take them. Sometimes they get so pulled in to a certain ideology they don’t know how to get out and just keep plunging deeper and deeper into darkness.

And if it sounds like I’m arguing that any one of us could turn into a villain if we don’t watch ourselves … well, good fiction can sometimes expose us to uncomfortable truths. Personally, I’d much rather learn from a complex antagonist than roll my eyes at a cliched one any day.

So how does your book’s antagonist stack up? Is she a convincing human being who poses a real threat to your hero, or is she about to launch into a rendition of “Poor Unfortunate Souls”?

Speaking of which, I’m off to watch a few more villain songs. Those minions worked so hard on their dance moves, after all.

(Photo courtesy of FreeDigitalPhotos.net and farconville.)

(Photo by Alice Alinari on Unsplash) 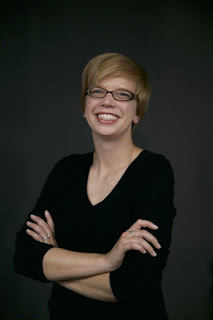 Emily Golus has been dreaming up fantasy worlds since before she could write her name. A New England transplant now living in the Deep South, she is fascinated by culture and the way it shapes how individuals see the world. Golus aims to create stories that engage, inspire, and reassure readers that the small choices of everyday life matter. Her first novel, Escape to Vindor, debuted in 2017 and won the Selah Award for young adult fiction. Its sequel, Mists of Paracosmia, followed in April 2019.

Golus lives in Upstate South Carolina with her rock-climbing husband, an awkward cat, and two adorable little boys. Keep up with Vindor news at WorldofVindor.com and EmilyGolusBooks.com, or find her on Instagram as WorldOfVindor.