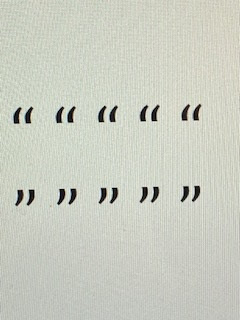 The goal of every writer is to communicate a clear message. Sometimes, however, that goal is hindered by the urge to emphasize. Specifically, inexperienced writers often assume the use of quotation marks will make their meaning clearer, but it rarely does.

Here’s what The Chicago Manual of Style says about the willy-nilly use of quotation marks as a means of emphasis: “Quotation marks are often used to alert readers that a term is used in a nonstandard [or slang], ironic, or other special sense. Nicknamed scare quotes, they imply, “This is not my term” or “This is not how the term is usually applied. Chicago discourages that practice.”

Weak: John’s definition of “peace” was a mystery to Janice.

Better: Janice was mystified by John’s definition of peace—avoid conflict at all times.

In the first sentence, the quotation marks are unnecessary. They don’t clarify the meaning of the word peace, and since the sentence already includes the word definition, the reader knows the author is using the word peace in that context.

In the second sentence, however, John’s definition of peace is stated clearly. No quotation marks needed.

If you feel the urge to clarify that your use of a word is nonstandard, then you may want to say something like this: The so-called peace John wanted was a cowardly attempt to avoid conflict. No quotation marks needed.

Here’s another set of examples:

Weak: Sandra was determined to have some “words” with her daughter Jamie.

Better: Sandra was determined to confront her daughter Jamie.

The reader cannot interpret the author’s intended meaning of words by the use of quotation marks. Far better to use the precise verb confront.

Some writers also feel compelled to place common metaphors and figures of speech in quotation marks. If the expressions are common, the quotation marks are unnecessary:

We always assume the grass is greener on the other side, but it’s probably only spray painted to look that way.

The narcissism of our culture is displayed in every selfie posted on Facebook.

Check the dictionary. If the word or phrase is listed, you don’t need quotation marks. Merriam-Webster adds dozens of new words to the dictionary every year. Selfie is a recent addition.

To summarize, use quotation marks as they are intended to be used: to enclose a person’s exact words in dialogue or in a citation. In most other cases, use word choice and sentence structure to make your meaning clear. Resist the urge to make quotation marks do a job they were never intended to do.

Resist the urge to make quotation marks do a job they were never intended to do. via @DLoock (Click to tweet.) 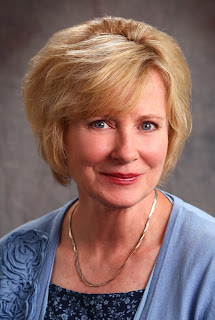 Denise Loock is an editor, author, and inspirational speaker. She is a general editor for LPCbooks, a division of Iron Stream Media. She also accepts freelance editing projects from writers who want to submit clean, concise, and compelling manuscripts to publishers (lightningeditingservices.com).

Denise is the author of two devotional books, Open Your Hymnal and Open Your Hymnal Again, which highlight the scriptural truths of classic hymns and gospel songs. She is the founder of Dig Deeper Devotions, a website that encourages Christians of all ages to dig deeper into the Word of God. Three collections of devotions from the website are available on Amazon: Restore the Joy: Daily Devotions for December, Restore the Conversation: Fifty Devotions on Prayer, and Restore the Hope: Devotions for Lent and Easter.

Posted by Andrea Merrell at 1:22 PM