How Isaac Newton’s Law of Physics Applies to Writing

He eyed her from head to toe.

She thought he called her a name.

Sounds like a scene from a novel, doesn't it? In truth, these lines are derived from different novels in which the author presented an unanswered action, violating a major law of physics:

Every action has an equal and opposite reaction. 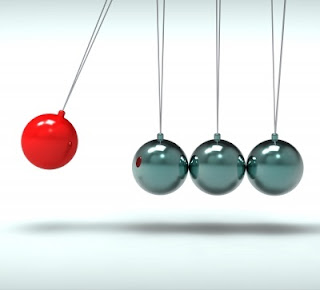 This, the third of Sir Isaac Newton's laws, should be the first law of writing. Whenever a character does something, unless he's alone in the scene (and sometimes even then), there should be some sort of reaction.

The examples I've given were derived from novels I've read where the author left me hanging after an action was portrayed. The first one, especially, yanked me out of the story: "He eyed her from head to toe." Since we were in her POV, we should've seen her reaction (even if we weren't in her POV). Believe me, a woman reacts to being scoped, and how this one reacted could've solidified her characterization. The author missed an opportunity.

The next one, "She hit him," surprised me because she hit him hard in the legs with a metal object. At the very least, he should've said "ouch." He should've jumped up and down, holding one injured shin, then the other. He should've exclaimed something—anything—that would indicate pain.

Should have … but didn't.

Pay attention to what you're writing. Picture your scene and the natural reactions your characters should have to the stimulus presented—in a natural sequence. I emphasize the sequence because I've also seen something similar to this:

She whacked him on the back with the board she toted. She didn't mean to, she just wasn't paying attention. When would she ever learn? She was so careless, such a klutz. Even her mother said so. What would her mother say if she saw her today? Nothing good, no doubt.

Oversimplified of course, but it happens when writers aren't paying attention to what they put on the page. It may seem odd that an author wouldn't realize what she's writing, but if she's overanxious about getting to her next point or presenting a vital character quirk or whatever goal is on her mind, she's blinded to what she has written.

Among the rules of writing, don't overlook a couple of obvious ones:

Have you ever read something that pulled you out of the story? Have suggestions? We would love to hear from you. 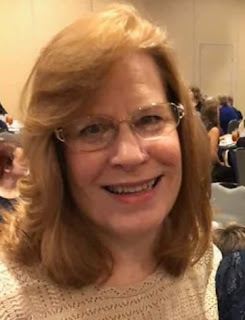 Linda W. Yezak lives with her husband and their funky feline, PB, in Texas, where tall tales abound and exaggeration is an art form. She has a deep and abiding love for her Lord, her family, and salted caramel. And coffee—with a caramel creamer. Author of award-winning books and short stories, she didn't begin writing professionally until she turned fifty. Taking on a new career every half century is a good thing.