The conversation with my husband was going well until I switched gears in the middle. I knew exactly what I was talking about and the point I was trying to make. He had no clue. As I went back to the original subject, he was still stuck on my temporary rabbit trail. His expression clearly said, “You lost me.” 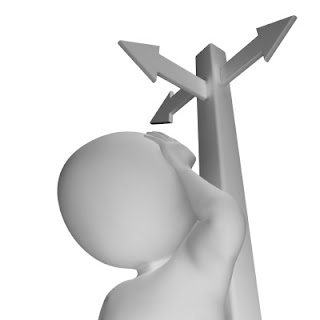 The problem was waffle vs. spaghetti. While my thoughts traveled all over the place like a plate of spaghetti, his were stuck in the last box of his waffle brain.

To better explain, a woman’s mind resembles a plate of spaghetti. Just as each piece of pasta touches or intertwines with the others, so does a woman’s thoughts. Because of this, she can jump from one subject to an entirely unrelated one and back, with five rabbit trails in between, and never miss a beat. Men have a hard time keeping up. To women, it’s normal. It’s the way we’re wired. To men, it's exhausting.

As Bill and Pam Farrel put it in their book Men Are Like Waffles—Women Are Like Spaghetti: 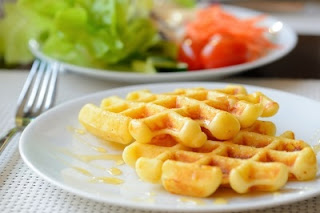 It can be the same for our readers—whether men or women, waffles or spaghetti—especially in fiction. We know our story well. We know what’s going on, who’s who, and what’s going to happen. We are well acquainted with our characters. We know their thoughts, habits, fears, and quirks. Not so with our readers. We have to paint the picture for them so they don’t get lost.

We can lose our readers in a number of ways:

We need to write in such a way that our readers can follow, understand, and remember. This is why critique groups, beta readers, and editors are so important. They can easily spot problems in our story that we can’t see.

As an example, I’ve had beta readers tell me that something my protagonist did or said seemed out of character for her. Or that I should flesh-out my characters more. They needed to know more about them. Sometimes I had to ratchet up the conflict or stop taking rabbit trails that led them away from the story. One of the best pieces of advice was avoiding too much backstory.

As an editor, one of the biggest problems I see in manuscripts is POV not being established immediately in a chapter or scene. When I have to read several paragraphs before I know whose head I’m in, it pulls me out of the story. The same thing happens when I don’t know who is speaking. 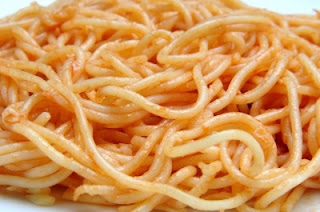 All these problems can be easily fixed as we learn, grow, and perfect our skills. So whether you have a spaghetti or waffle brain, make sure your words unfold in such a way that you never lose your reader.

Posted by Andrea Merrell at 5:49 PM