The Making of a Scene 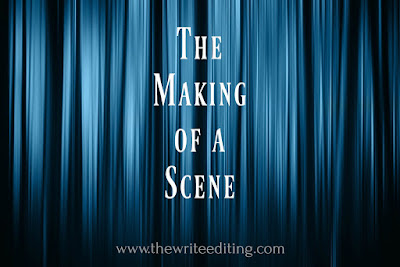 WHAT IS A SCENE?
The power of a scene is derived from the slightly claustrophobic feeling you get when you focus on the characters. They seem somehow trapped in a place, unable to leave. They are forced to face a main issue in the scene. Through your writing, you pan across the scene and set the context, then move in for a close-up shot of the characters struggling.

In order to engage the reader’s imagination, your scenes must do one or more of the following:
·      Move the story through action
·      Characterize through reaction
·      Set up essential scenes to come
·      Sprinkle in spice
·      Reveal information that moves the story forward with new goals, old secrets, and hidden motives
·      Show conflict between characters (this adds tension)
·      Deepen the character’s development
·      Create suspense (introduce a new wrinkle that leaves the reader hanging)

ACTION!
Static settings will put your readers to sleep, so get your characters moving. Show the world around them spinning. It can be something as simple as snow falling on a patio railing or bullets piercing the sides of the limo, but you must show movement. Make sure the reader “sees” something is happening.

BACKGROUND
Open with action, then place the scene in context. Why are the characters in the scene? How did they arrive? What does your Lead want? Background IS NOT history. Background IS showing your Lead’s goal for that scene. Your character must want something. What is it? This is where you will state your Lead’s goal for this scene. In each scene ask “what is discovered?” ~ STEVEN JAMES

CONFLICT
Who or what stands in the way of your Lead reaching his goal? Present the barrier. Include conflict on every page. Never let your Lead relax. Show the struggle. Increase the risk of failure. Tension comes from unresolved conflict, so let the scene evolve into a mess.

DECISION
At the end of each scene, your Lead must choose. A scene moves from struggle, discovery, choice, and change. In each scene your Lead must find a clue or open door to thrust her forward. Present two paths and make your lead pick one.

SCENE SUMMARY
When you finish writing a scene:
·      Read the scenes before and after. Does what just happened deserve its own scene? If not, delete.
·      Could the information be placed in a neighboring scene? If so, combine.
·      Is the scene memorable?  Memorable scenes stand out because they catch the reader off guard. The emotion on the page speaks to the reader’s heart.   Memorable scenes are so powerful and poignant that readers will rush to tell their friends.  Strive to make each scene that good.

A scene is a story within a story. Picture the setting, the characters. Listen to them breathing. Hear the cadence of their speech. Study the thing they’re shielding behind their back. Force them to reveal it. Paint scenes in short strokes with vivid colors. Make sure the character’s goal is clear. Then film your characters as they act.

The Making of a Scene via @EddieJonesTweet #writing #scene

What scene are you going to be working on? We'd love to hear about it in the comments below! 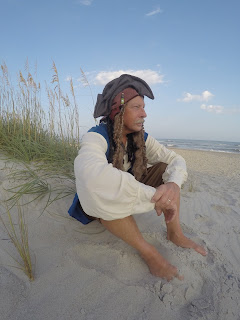 Eddie is an award-winning author of middle-grade fiction with Harper Collins. He is also Senior Acquisitions Editor and CEO of Lighthouse Publishing of the Carolinas (lpcbooks.com) and co-founder of Christian Devotions Ministries (christiandevotions.us). Eddie teaches writing workshops and Amazon marketing at novel retreats, writing conferences, and to small groups. If you would like to book Eddie for your group contact him at eddie@eddiejones.org.

Posted by Alycia Morales at 5:30 AM No comments: 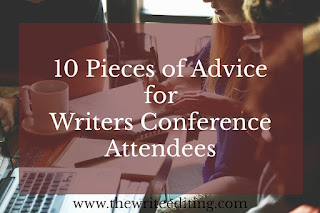 The Blue Ridge Mountains Christian Writers Conference is held annually in May, and I serve as the conference manager. That's a fancy title to designate that I work very closely with the conference director and co-director.

It's always good to come to a writer's conference with your business cards, pitches, proposals, and professional attire. But what's one to do if life throws a curve ball and you run out of time to prepare?

1. Don't panic. It's not the end of the world to come unprepared to a writer's conference. It's an opportunity to think outside of the box. You're a creative. Use it.

2. Pray. We make our plans, but it's the Lord who directs our steps. Instead of panicking, pray. Ask Father what He would have you do. If He made a way for you to attend last minute or caught that curve ball life threw at you, He can direct you in the way you should go at the conference. Stop and ask Holy Spirit what to do. He'll answer. If you let Him.

3. Ask the professionals. It can be intimidating to walk up to an agent, editor, well-known author, or conference leadership team member and admit you were unprepared and ask for help. But guess what? We've all been there. Done that. And we have answers that can help you succeed. So, don't be afraid to ask.

4. Don't compare yourself to others. Just because she's got her business cards in hand and you don't doesn't mean she's going to be more successful than you. It's all about your attitude. If you walk in confidence (not cockiness), you too have a chance at succeeding, business cards or no business cards. People remember confidence.

5. Network. It's possible to do so without something to hand over to someone. Again, people remember confidence in a person. They remember kindness. Encouragement. Prayer. Interesting stories. You can do all of these things without having a piece of paper in hand. Build relationships while you're at the conference. You can always send the proposal later.

6. Memorize your pitch. Keep it short and sweet. It doesn't take long to memorize a less-than-36-word pitch. Even if you don't have a word written, it's better to have something to offer than nothing at all. If you're attending the conference, you have something you're thinking of writing. Pitch that.

7. Try something new. Pay attention during class, take notes, and go back to your room or to the local coffeehouse and try something you learned that day. Apply a new method to your writing. Try a new technique. One year, I learned a formula for writing devotions, wrote one out on a legal pad (complete with scribbles and cross-outs and arrows to move things around), took it to the instructor, and landed my first publication on their website, which lead to publication in a devotional not long after.

8. Enjoy. There's nothing wrong with taking things in at your first conference. Or your second. Or third. Or twelfth. Sometimes it's best just to go with the flow, learn some things, and work on your writing. Meet a few new people. Have a conversation or two. And relax. There's really no need to stress yourself out because you're unprepared. You're more prepared than you may realize. And that will show itself in due time.

What advice would you have for a conferee who feels unprepared? We'd love to hear in the comments below!

Posted by Alycia Morales at 5:00 AM 2 comments: