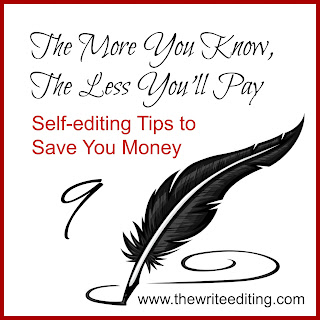 As authors, we're always looking for ways to save money and time. This is the ninth post in a series that is meant to help you save both. On the front end, putting forth the effort to learn these points will cost you some time, but in the long run, it will save you money on professional edits.

Last week, we went over avoiding repetition. This week, we'll take a look at Showing vs. Telling and Active vs. Passive Writing.

Show, don't tell! It's an editor's mantra some days. Throughout my years as an editor, I've come to realize that a lot of telling is also just passive writing, plain and simple. So how do we know we're doing it? And how do we fix it?

The simplest form of passive writing comes when we use passive verbs. Search your manuscript for "was" and "were." If your characters was running, he ran. If they were going to the store, they went. Use the active verb, usually with a past tense, -ed ending. The exception would be if you're writing in present tense, of course, or modifying.

Next, search your manuscript for "began" or "started." If a character began to sweat, she was already sweating, so "she sweat." Remember, if we start or begin to do something, we're doing it. Use the active verb. Leave out "started" and "began."

Another common sign of inactive or passive writing is using the words "caused" or "made." This signifies an emotion or an action or something someone said acting upon the character instead of the character simply responding to it. For example, "The noise caused Ella to jump." Instead, try, "A clap of thunder echoed across the valley. Ella jumped."

Shortcuts are never good in writing. It leaves the reader wanting more and likely to drop your book and pick up another. Make sure your character is experiencing the world around her, rather than the world around her affecting everything she does and says. The reader wants to experience life with her, not have her tell them what is happening. These are the keys to showing vs. telling.

Tweetables:
How do you know if you're showing or telling? A few hints via @AlyciaMorales {Click to Tweet}

“Hello, my name is Andrea Merrell, and I am a writer.” 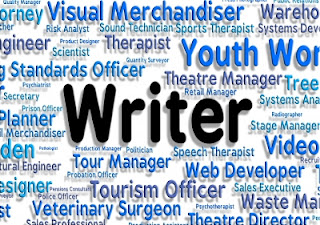 Sounds like a simple statement, but it took me a long time before I had the courage to say it out loud, especially with confidence.

When you’re called to write, you know it. Or, as my grandmother used to say, “You know that you know that you know. You know it in your knower.” But even when we have that assurance, we sometimes feel we have to earn the title. We set high standards and unreachable goals for ourselves, and we constantly compare ourselves with others. It’s easy to feel like we just haven’t done enough to make it so.


One author writes, “When I was sixteen, I knew I wanted to be a writer. It took thirty years before I introduced myself as a writer for the first time because I wasn’t sure I had done enough to earn that title. Between sixteen and forty-six, occasionally, I was a writer, but I felt like a failure because I didn’t write often enough, didn’t read enough, didn’t sacrifice sleep enough, and didn’t juggle my life with enough finesse to produce bylines and fans.” **

Can you relate? Do you see yourself in this writer’s words? Are you struggling to hit the mark and discover your calling as a writer?

I’m certainly not Jeff Foxworthy—and I promise we won’t talk about rednecks—but let’s look at a few things that will help you define your calling so that you can say with absolute assurance, “I am a writer.” 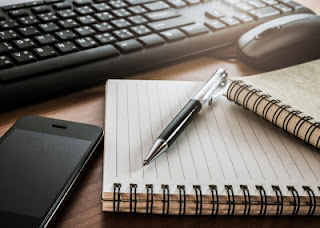 Do you fit into any or all of these categories? Then you, my friend, are a writer.
Whatever God has called you to write (devotions, articles, blog posts, novels, or Bible studies), step out in faith, be confident in your calling, and do what you were born to do. Don’t compare yourself with anyone or let discouragement and rejection letters derail you. And don’t worry about being qualified. God does not call the equipped … He equips the called. 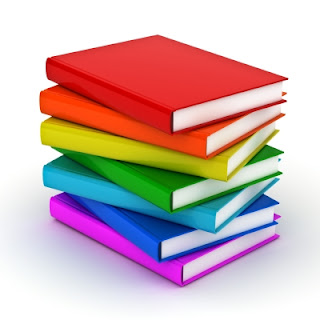 Having your name on the cover of a book does not make you a writer. Having a heart to share the words God places within you that will bless someone else … that’s what makes you a writer.

Email ThisBlogThis!Share to TwitterShare to FacebookShare to Pinterest
Labels: Andrea Merrell, Editing, The Write Editing, what makes you a writer, Write, Writers, Writing, You Know You're a Writer When

Today, we are very excited to have Vonda Skelton as our special guest. Be sure to leave a comment for her in the section below. 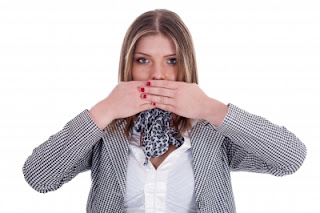 Readers are smart. They’re smart because they read. And if there’s one thing smart readers hate, it’s when writers treat them like they’re dumb.

One way writers dumb down their readers is by info-dumping. Check out these examples:

“When are things going to get back to the way they were before? Can you believe it’s been ten years since daddy left us?” Marsha turned from her sister and wiped a tear. “We had to move into public housing and go on food stamps. Then our brother died and Daddy never

even knew. And then you had to ago into rehab. It’s all his fault.”

Let’s be honest here, would we ever have a conversation like that with our siblings? I doubt it. After all, it’s simply a retelling of facts we would both already know. It’s dumping info onto the page for the perceived benefit of the reader. But our readers won’t appreciate the so-called benefit. They can see through our ruse. They know we’re taking the easy way out. 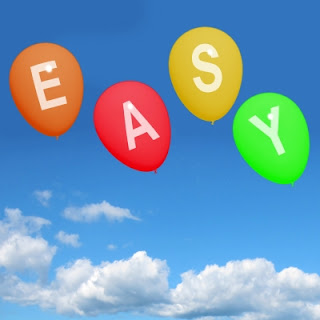 A good writer will bring those backstory details into the plot layer by layer, revealing facts and motivations through dialogue and POV (point of view) in a more subtle, natural delivery. One detail may come out on page five when Marsha stands in line behind someone with food stamps. Another might be revealed on page twenty-three when Marsha picks up her sister at rehab and they realize it’s been exactly ten years since their father left. Using this technique, your reader will be challenged and satisfied by putting together the pieces of the puzzle.

Another way to distance our readers is through unnecessary explanation. Ever read passages similar to these?

“I don’t care what you think!” Melanie yelled again. She wanted to be sure Jason had heard her.
Carly placed the rock on the gravestone and cried because she missed her mother so much. 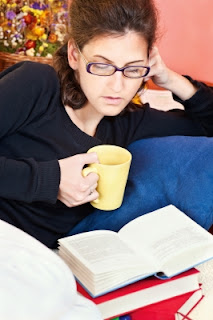 In these two instances, the writer assumes the reader isn’t smart enough to figure out the characters’ motivations, so he or she writes out an additional explanation. But smart readers don’t appreciate the extra work the writer has done. Instead of being a help, it’s an insult to their reading intelligence. Well-written passages with well-developed characters don’t need explanation.

Treat your readers with respect and they’ll love you for it. 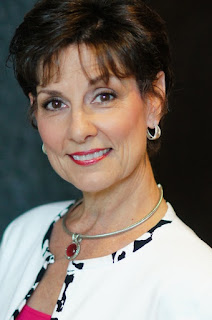 Vonda Skelton is an entertaining speaker who loves teaching about writing and speaking and the magic that happens when you marry the two. She is the author of four books, including Seeing Through the Lies: Unmasking the Myths Women Believe and the Bitsy Burroughs Mysteries for kids. Her third novel, Bitsy and the Mystery at Hilton Head Island, was nominated for a SIBA Book Award. Her articles have appeared in Christian and general market magazines. She is the Founder of Christian Communicators, a conference and organization dedicated to educating, validating, and launching women in their speaking ministries. Vonda is also owner of The Christian Writer’s Den writing blog and is a frequent instructor at writers’ conferences around the country. She’s currently working on a novel and screenplay. Vonda and Gary have been married all their lives—and they’re still happy about it! Visit Vonda at www.VondaSkelton.com. 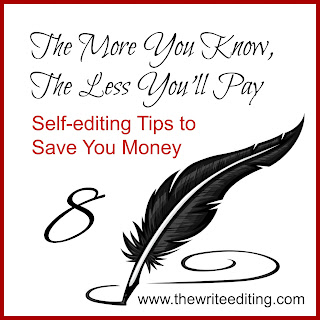 As authors, we're always looking for ways to save money and time. This is the eighth post in a series that is meant to help you save both. On the front end, putting forth the effort to learn these points will cost you some time, but in the long run, it will save you money on professional edits.

Last week, we went over transitions. This week, we'll take a look at avoiding repetition. Personally, repetition is my biggest pet peeve as a reader.

Character Traits
When describing your character, let the reader know once, maybe twice throughout the story what color his eyes and hair are. It gets redundant to read that your hero has gazed into the heroine's chocolate brown eyes more than once or twice.

Which leads me to the next form of repetition...

Actions
First of all, avoid the cliche smile, sigh, and your favorite verb. You can use them a few times, but they shouldn't be your go-to. It can sometimes prove difficult to come up with something new for your character to do, but it is possible. Use a thesaurus, check out The Emotion Thesaurus by Angela Ackerman and Becca Puglisi, or ask a fellow writer what they suggest. But find a new way to say walk.

Adjectives
Please don't have your character staring up at the light-blue, fluffy clouds every time you mention clouds. And unless you're painting a mood picture, please don't make the car in the same scene light blue. Or his eyes. Watch out for repetitive adjectives (and adverbs, for that matter) throughout your novel.

Backstory
Too often, as authors try to weave backstory into their novel, they end up repeating things as they build the story. Be aware of this and try to pick up where you left off in the weaving.

Motivation
What is motivating your character? The reader should know that, but we don't need a constant reminder. Mix it up a little. Have the motivation consistent but expressed in varying ways.

Mood
This is one of my biggest pet peeves with repetition. Your reader doesn't want to know that your character is stuck in a mood pattern throughout your entire novel. If she's depressed in chapter one, she'd better be over it and moving on by chapter five. Or better yet, even sooner. This is why the character arc is so important. Your character needs to be growing and learning and changing throughout your story. If she's still stuck in the same depression in chapter fifteen as she was in chapter one, your reader isn't going to believe she will change by chapter twenty-four and the end of your book. Make your character grow. Challenge the moodiness she'd like to remain in.

This is just a short list of types of repetition used in writing. What others can you think of? Does repetition bother you as much as it does me? Let's talk! Feel free to leave a comment below.