Editors see all types of mistakes on a regular basis. And although most editors love what they do, they all have pet peeves, and there are certain things that drive them crazy. If you’re an editor, you understand. You’ll probably laugh as you read through the list, shaking your head and thinking, Yep … I can definitely relate.

On the other hand, if you’re a writer—especially a new writer—the following list will help you by pointing out common mistakes that can easily be avoided. These items can save you a tremendous amount of time, money, and frustration. If you’ll pay close attention to each point made by a variety of professional editors—who shall remain nameless, other than literary agent Chip McGregor—you can gain as much knowledge and instruction as you would in a writing workshop.

Chip McGregor
We’ll begin our list with some comments from Chip’s blog post, What Drives an Editor Crazy? http://www.chipmacgregor.com/2014/02/page/2/

Here are a few other things that drive editors crazy: 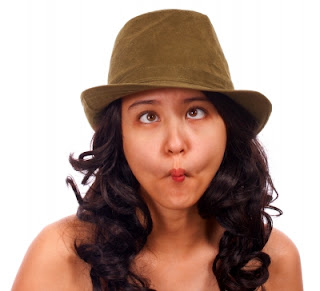 Here are even more issues that drive editors crazy:

Wow. That’s quite a list, but we can gain a lot of knowledge that will move us forward if we pay attention. We should always be striving to be better writers. The best way to do that is to heed advice from the professionals.

It’s important to remember that the editor’s job—and desire—is to make you, the writer, look good. The goal is to make your words shine. Professionals are trained, and they keep up with industry standards and changes. Stay open and teachable. Trust your editor and allow him or her to help bring your writing to the next level.

An editor can be your best ally and biggest supporter. Find someone who is a good fit for you and your project, and work as a team.

Remember: we’re all a work in progress—learning and growing as we hone our craft. As I like to say, even the best editor needs an editor.

As a writer or editor, what can you add to the list? What are your pet peeves? We would love to hear from you.

An editor can be your best ally and greatest supporter. Trust their knowledge and expertise. (Click to Tweet.)

And the winner of Deb Raney's book is ... Sandra Lovelace. Congratulations, Sandra. Please send your mailing address to AndreaMerrell @ gmail (dot) com, and we will get your book in the mail.
Posted by Andrea Merrell at 11:05 AM 9 comments: 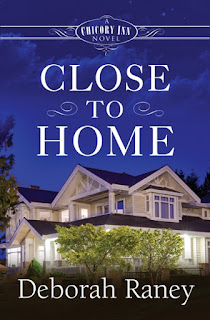 We are very excited to have best-selling author Deb Raney as our guest today. Leave a comment in the section provided below, and you will be eligible to win a copy of Deb's newest book, Close to Home. Be sure to check back next week to see if you are the winner.

If I’d known my first novel, A Vow to Cherish, would be made into a movie, I would have written it differently—more visually. Since learning more about screenwriting, I’ve discovered ways to apply film techniques that make my novels more “cinematic.” (And hopefully more likely to be turned into movies!)

1. Jump cuts and fade outs. Don't feel like you have to wrap every scene up in a nice bow. It's perfectly fine to jump into a scene in the middle of action already in progress (without knowing what kind of car your characters drove to get there). It's also fine—even preferred—to end a scene in the middle of the action and simply JUMP to the next scene. You don't always need a closed door or a good-bye to the phone call. 2. Cliffhanger. A good way to keep your readers turning pages is to end your scenes in the middle of action. Force the reader to turn the page to find out what you left him hanging not knowing. Just be sure you SHOW that cliffhanger instead of telling about it. Don't say: Little did he know it would be their last night together. Instead: The doorbell startled him. He pushed back the curtain to see a police car parked in the snowy driveway, its emergency lights eerily dimmed.

3. Dissolve. In a similar way, you can end one scene and transition to the next by taking a visual element from the first scene and using it in the next. For example, in the story of Snow White, you might zoom in on the deadly apple as the wicked stepmother poisons it, then open the next scene with a close-up of the apple in Snow White's hand as she brings it to her mouth. Dissolves work especially well in comedy where a character says, “Oh, Harvey would never do that." And of course, the next scene opens with Harvey doing exactly that.

4. Zooms. If the movie camera zooms in on an object, you can bet that object will play a significant role in the story later. By taking your writer’s "camera" and describing a close-up of an object or action, you give it the same importance as an object zoomed in on in a movie. 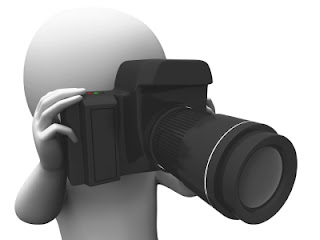 5. Lighting. Describing the light in your scene—bright and sunny, hazy, moonlit, etc.—not only gives the reader a visual image to picture, but also sets the mood, or creates a metaphor for good/evil, happiness/depression, etc.

6. Establishing shot. In film, an establishing shot is a long or wide-angle shot opening a scene to show the audience the locale/setting (or era, weather, time of day). In writing, sometimes this type of opening is written in omniscient point of view, and the author then zooms in on a more specific point in the setting—inside a house, for instance. This is a great way to paint the big picture. Just remember: today’s readers don't have the patience for more than a paragraph or two of description.

7. Background music. You can create a wonderful mood for your scene by helping the reader hear the music that would be the soundtrack if your novel were a movie. Have your character flip on the radio or play a musical instrument. Have her always singing or humming or whistling. Have music from a grocery store waft to the character's ears. The reader will hear those songs in her mind and your story will be so much richer for it. 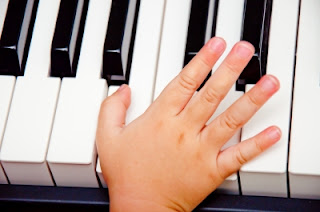 Do you have any other suggestions for bringing your story to life? We would love to hear from you. 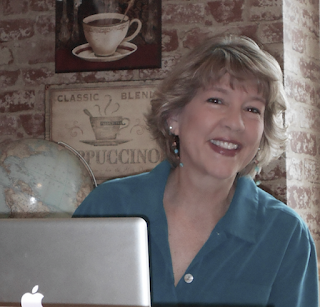 DEBORAH RANEY's first novel, A Vow to Cherish, inspired the World Wide Pictures film of the same title and launched her writing career after twenty happy years as a stay-at-home mom. She is currently completing a five-book series, The Chicory Inn Novels. Deb and her husband, Ken, recently traded small-town life in Kansas––the setting of many of Deb's novels––for life in the (relatively) big city of Wichita. They love traveling to visit four children and seven grandchildren who all live much too far away. Visit Deb on the Web at www.deborahraney.com.