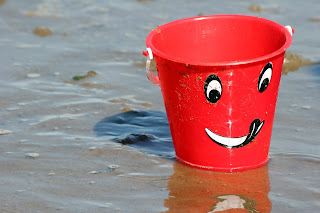 I’ve heard a lot of conversations lately about “bucket lists,” and it’s not just because I’m getting into that older crowd where this is a lively topic. My daughter—who is in her mid-thirties—just jumped out of an airplane for the first time, along with her father-in-law. Evidently, this was something she had always wanted to do, and it was definitely on her father-in-law’s to-do list.

Skydiving is not something I would ever consider. I have a hard time on rides at the fair and a fear of heights. My list includes simple, peaceful things like a Mediterranean cruise, a trip to New York at Christmastime, and an excursion to Pennsylvania that ends up at the Hershey factory.

As a writer, I have other goals and dreams, things I would like to accomplish in this lifetime. I’ve already had a few achievements I never thought possible. Other possibilities are still out there waiting for me. Will I ever accomplish them all? Maybe. Maybe not. But the Bible tells us that without a vision, the people perish. It’s those goals and dreams—the desires of our heart—that keep us motivated and moving forward. 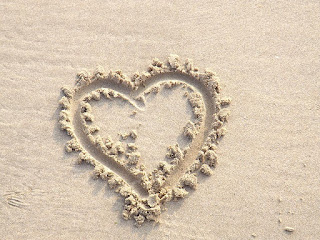 So, writer, what’s on your bucket list? Do you have one? If not, maybe it’s time to think about what you want to accomplish. It might be something as simple as building a creative blog or website to writing a best-selling novel. Maybe there is a certain writers’ conference you would like to attend or a famous author you would love to meet. Perhaps your desire is to have a weekly column in a local newspaper or be published in a popular magazine. You might even have a dream to teach classes, mentor new writers, or speak at events all across the country.

In my last post, we talked about going out on the limb to reach for the fruit. The possibilities are endless, but sometimes our dreams and expectations are too small. God is a big God. For Him, nothing is impossible. To encourage you today to dream big, here are a few Scriptures for you to consider:


Writer, God has a plan and purpose for you. Let Him help you with your bucket list. Tell Him what’s in your heart, and don’t be afraid to reach for the stars.

What are some of your goals, dreams, and desires as a writer? We would love to hear from you.

My Epic Writing Fail and What Came of It 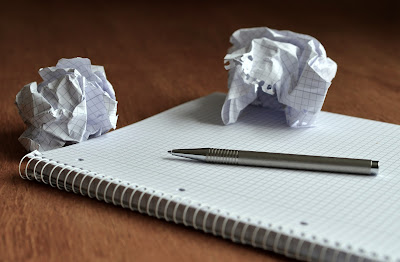 For the past two years, I worked on a novel. I loved the process, my characters, the storyline - all of it. And several others said they enjoyed it too. Including the editor that I hired. And my agent's reader. You know, not just my family members and friends. No, I had good readers.

So when it wasn't selling to a publishing house, I asked a fellow writer, mentor, and friend (all wrapped up into one) to read it.

And she liked some things about it.

And hated some things.

She's the first person who gave me honest feedback and said it sucked for a couple of reasons:

1. I dropped the ball. I promised my reader a suspense story and then neglected to fulfill that promise.

2. Although several of my characters were loveable and their stories were great, one fell completely flat (which I kind of already knew - she just eluded me - I couldn't pin her down) and another wasn't as believable as he could have been.

She wanted to throw the book across the room a couple of times (though she couldn't, because it was a file on her Mac).

After realizing what a headache I was causing myself and how much time I was wasting, I decided to shelf that novel. 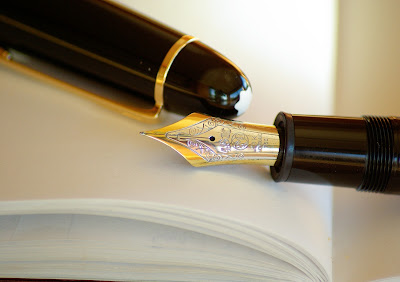 And here's what happened:

God showed me a clear vision of what my writing should be. Who my audience should be. And why I want to write for Him.

I started two more novels, but I recognized that I was uncomfortable writing for one audience and the themes were too mature for the second audience. On the third try, I think I hit gold. The story is flowing naturally, with no discomfort at that age level.

I ... am a YA writer. My audience is teens (and hopefully their mothers). The purpose of my writing is to reveal the lies and schemes of our enemy and to provide some hope that we can overcome him, no matter what our age. I want to reveal God's glory without shouting, "Hey! This is a Christian novel!" I want to provide teens with entertaining reading material that speaks to their generation and the issues they are facing.

And all it took was struggling to write something I wasn't meant to write (and learning more about the writing craft and the process at the same time) and heeding that still small voice of God when He said it was time to put it down.

PS - My seventeen-year-old niece recently previewed my first six-and-a-half chapters. And then asked where the rest was...

What is your writing goal? Is what you're working on right now moving you toward that goal, or should you maybe lay that down and discover what God has called you to?

Are you writing what you should be writing? {Click to Tweet}
Posted by Alycia Morales at 9:48 AM 12 comments:

Email ThisBlogThis!Share to TwitterShare to FacebookShare to Pinterest
Labels: Alycia W Morales, Am Writing, Editing, Failure, My Epic Writing Fail and What Came of It, The Write Editing, When Should I Shelf My Book Project?, Writers, Writing, Writing Fails, Writing Successes, Writing Tips

Going Out on a Limb 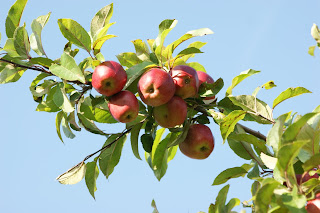 I read this recently in my daily devotional, and it stopped me in my tracks. It’s one of those statements that catches you off guard and makes you think, study, and analyze the meaning.

At the time, I had no idea it was a quote from Mark Twain. The author of the devotion was talking about taking the initiative to do something, rather than waiting for someone else to go first. In other words, take action. Do what it takes to reach your goal. Try something new. If what you’re doing isn’t working, do something different. Create a new strategy. Climb out on that limb. The bottom line is: get off your duff and out of your comfort zone.

Changing is Not Easy
Now, I’m certainly stepping on my own toes. I love people, but I’m basically a shy, task-driven, creature of habit. My life is dictated by notes, lists, and schedules. When my routine is interrupted, it throws my world out of kilter. No matter how much I desire to be flexible and spontaneous, it’s not in my DNA. You Star War fans will understand that when I move out of my comfort zone, there is a disturbance in the force.

But there’s the rub. If I stay safe and secure in my little self-made box and never venture beyond the parameters I’ve set for myself, I will never experience all the blessings and opportunities God has in store for me. 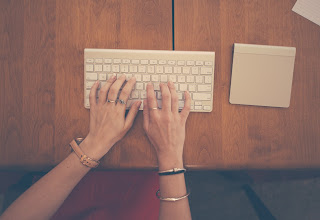 We all have areas where we feel more comfortable and confident. My sweet spot is in my office in front of my computer, writing or helping polish the words of another writer.

The first time I spoke to a large audience many years ago, I was petrified. Teaching Sunday school and Bible study was a close second. Definitely outside the box for me, but the more s-t-r-e-t-c-h-i-n-g I experienced, the easier it became.

When I first started writing, I never dreamed God had plans for me to be an editor, or teach classes and meet with conferees at writers’ conferences. My first written words were non-fiction, and it never crossed my mind that I would soon be writing fiction. When asked to write a devotion for kids, a short story for a Christmas compilation, and enter a writing contest, it was uncharted territory, but I gained so much from the experience.

God Has a Plan
God’s plans for each of us are generally more wonderful and diverse than we can ever imagine. So, my questions for you today as a writer are:


The Opportunities are Endless
In this day and time of superior technology—the Internet, social media, blogs, e-books, e-zines, and online groups—there are so many opportunities for writers. Some of those include:

The list goes on and on. We are already midway through 2015, but I challenge you to try something new. Pray for direction, seek out opportunities, then crawl out on that limb and reach for the fruit. And don’t be afraid to fall or fail. When you write for God, He will be there to catch you. You never know what might be waiting for you around the bend in the road until you take that next step of faith.

What opportunities can you add to the list above? We would love to hear from you.

(Photos courtesy of morguefile.com and stockpic.com.)

Writer, are you ready to go out on a limb and reach for the fruit? (Click to Tweet.)

Step outside your comfort zone and try something new as a writer. (Click to Tweet.)
Posted by Andrea Merrell at 10:00 AM 4 comments: