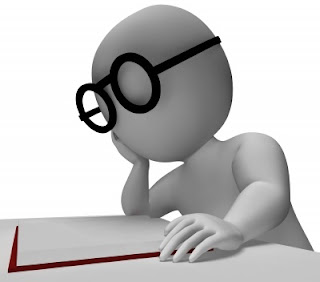 Inspiration is running hot. Words are coming to you faster than you can capture them on the keyboard. Your main character, having heard an intruder in the kitchen, digs through the closet for her handgun. But it’s important to use specifics. What kind of gun does she have?

Google to the rescue. A quick search for “women and handguns” reveals women are choosing Glocks these days, dispelling myths that females need a smaller caliber, or prefer revolvers, or any number of other stereotypes. Wait. There are myths about women and guns? What’s that all about? You’ve got to know more.

You type “myths about women and guns” in the search bar, and your first thought is, “Holy mackerel, there are myths on both sides of the gun control issue.” And then you wonder how “holy mackerel” popped into your head, since it’s not a term you’re fond of using. Where did that phrase even originate?

The internet provides answers yet again. You learn it was probably a substitution for an unacceptable expletive, thereby making it less offensive. The website makes a comparison to the phrase jumping Jehosophat. Wait a minute. He’s a character in the Bible, right? And you thought his name was spelled differently. Wikipedia reveals his name as Jehoshaphat (yay, you were right) and says the phrase “Jumpin’ Geehosofat” is first recorded in the 1865-1866 novel The Headless Horseman by Thomas Mayne Reid.[1]

But you thought Washington Irving wrote that story. Another search reveals Irving’s work is a short story and bears the title The Legend of Sleepy Hollow. You envision the cartoon version you watched as a kid and get the willies. Will nightmares plague you tonight?

Your eyes drift back to the computer screen—and—UGH!!! WHAT HAPPENED?

Dear friend, you fell down the rabbit hole. 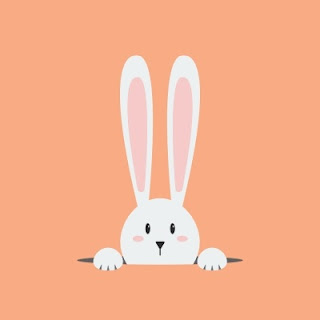 For half an hour.

It’s time for lunch, and your red-hot inspiration has burned to a pile of powdery ashes.
Please tell me I’m not the only writer who has experienced this. When I began the rough draft of my novel, I’d already conducted a ton of research. It never dawned on me that in the throes of scene-writing I would need further research on less-significant items. I fell down rabbit holes more than a few times before I realized something had to change. Otherwise, I’d never get my book written.

I devised a solution. Then I found out other, wiser writers employed similar methods. I only wish someone had told me about it before I got bruised, dirty, and lost. But now I’m telling you, in case you’re one of the three people in the world that didn’t already know.

These days, when I come to a spot of writing that needs research, I give myself a bracketed placeholder. Here are a couple of examples:

The flames licked the south side of the barn. Celia screamed for help before she grabbed the [bracket—what materials were buckets made of in the 1830s?] bucket and ran for the river.

The smell of fall was in the air, and the [bracket—ask hubby which trees change colors first] trees were showing the first hint of orange [bracket—or red or yellow] across the hills.

Why do I write the word bracket when I’ve placed actual brackets around the things I need to explore?  Later, when I follow up at the end of the scene, chapter, or even the entire manuscript, I use the Find function in Word, type in the word bracket, and my placeholders all show up at once. I’m able to address them when I’m in research mode, rather than losing momentum during a creative streak.

Research isn’t the only writing hole we tumble down, but it can be a big one. What other things tend to get you off track? What practical solutions would you offer for staying on task?

Writer, be careful not to tumble down the rabbit hole doing research when your creative juices are flowing. via@canitbeyolanda (Click to tweet.)

Posted by Andrea Merrell at 9:56 AM No comments:

Understanding Past Continuous and Past Perfect Verb Tenses 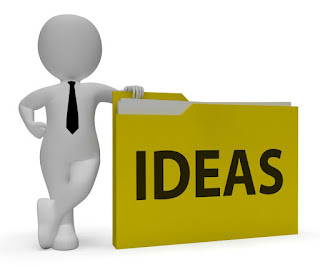 For some reason, certain words have landed on someone's "hit list" and consequently have become taboo—to the detriment of clarity in our writing. I don't know who that "someone" is or why anyone should pay attention to his opinion, but editors who understand grammar wisely ignore him.

One of the words currently cloaked in shame is "was." To a certain extent, I understand this. Relying on it is a sign of laziness. But let's take a look at it. One of the two sentences below is a surefire example of lazy writing. Guess which:

Gold star to whoever said A.

Past Continuous
"He was strong as an ox" is telling, and adding the simile—especially a cliché—doesn't help. That sentence is a sign of lazy writing. "As I watched, he hefted a one-ton Ford pickup with his bare hands" illustrates how strong he is and doesn't contain a single "was."

Example B, however, uses the past continuous (or past progressive) verb tense. It illustrates ongoing action. To use simple past tense in this sentence changes the meaning: "When I saw him, he sat by Sally" means the main character watched him assume the seat beside Sally. "When I saw him, he was sitting by Sally" means he had already assumed the seat and was still there when the main character saw him.

Okay, granted, that seems like a fine line. The site edufind.com describes it better: "The past continuous describes actions or events in a time before now, which began in the past and was still going on at the time of speaking. In other words, it expresses an unfinished or incomplete action in the past." 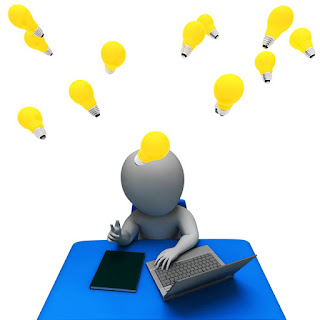 Does that help clarify?

Past continuous is a valid verb tense and can't help it if "was" is part of its makeup. Be discriminating about the "was" verbs you're trying to obliterate from your work.

Past Perfect
Authors frequently write in past tense, but when they want to illustrate something that is further past in their story's history than simple "past," they should use the "past perfect" tense—which, unfortunately, is also on the hit list. This is another one I can understand to a certain extent. Reading that a character "had" done this and "had" done that through several paragraphs can be cumbersome, but leaving it out entirely can confuse the timeline in the reader's mind.

If you're doing a brief history, a brief backstory, use past perfect: When she first got there, she had expected five-star treatment since she was a movie star.  Instead, she'd been treated as if she were no one special. Now, she realized they had given her special treatment—they’d treated her as if she were family.

But the best thing to do with long backstory passages is to determine whether the reader really needs to know what you're about to dump on her and whether there is a better way to present it—a topic better left to another post. 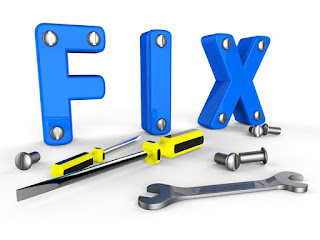 Don't deprive yourself of the various verb tenses, which are some of the tools we authors have to present our stories, just because some nameless someone has declared war on certain words. "Had" and "was," used in combination with other verbs, help to provide clarity in your work, and shouldn't be shunned indiscriminately.

Two sites that can help tremendously with verbs are conjugation.com and edufind.com. Make the most of 'em!

Don't deprive yourself of the various verb tenses, which are some of the tools we authors have to present our stories, just because some nameless someone has declared war on certain words. via @LindaYezak (Click to tweet.)

Linda W. Yezak lives with her husband and their funky feline, PB, in a forest in deep East Texas, where tall tales abound and exaggeration is an art form. She has a deep and abiding love for her Lord, her family, and salted caramel. And coffee—with a caramel creamer. Author of award-winning books and short stories, she didn't begin writing professionally until she turned fifty. Taking on a new career every half century is a good thing. 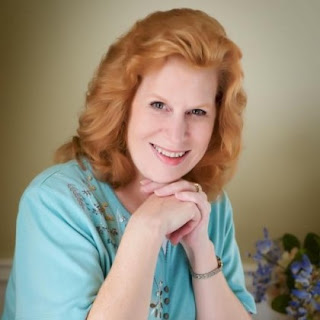 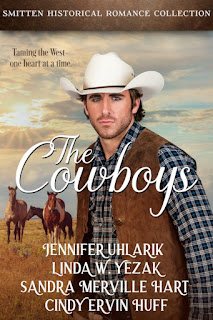 Writer, Are You Willing to Pay the Price

Writer, what are your goals? Do you know where you’re going?

Statistics say that 50 percent of the population has no idea where they’re going in life. Of the remaining 50 percent, only 10 percent know where they’d like to go, but fewer than half are willing and prepared to pay the price to get there. 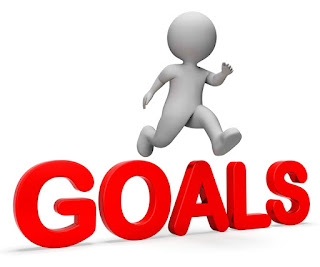 Goals are important but so is the tenacity to stick in there. To learn. To grow. To be flexible. To pay the price. But the most important aspect of our writing journey is letting God mold and shape us as we move forward.

In Philippians 3:13-14, Paul states, “I’m not saying that I have this all together, that I have it made. But I am well on my way, reaching out for Christ, who has so wondrously reached out for me. Friends, don’t get me wrong: By no means do I count myself an expert in all of this, but I’ve got my eye on the goal, where God is beckoning us onward—to Jesus. I’m off and running, and I’m not turning back.”

Yes, goals are important. Write them down. Make them clear and concise. Be ready to persevere to reach them. But as you set your eyes on the prize, make sure it’s the right one. The prize is not just a contract, an agent, a paycheck, or being well-known—it’s who you become in the process. It’s enjoying the journey and blessing others as God leads you down the road He has prepared for you. There will be bumps in the road and maybe a few detours, but you can trust Him to see you safely and victoriously to your destination.

Are you willing to pay the price?

The writer’s prize is not just a contract, an agent, a paycheck, or being well-known—it’s who we become in the process. via @AndreaMerrell (Click to tweet.)

The reward you get for reaching your goals isn’t nearly as important as who you become in your pursuit of them. via @AndreaMerrell (Click to tweet.)

Posted by Andrea Merrell at 7:32 AM No comments: